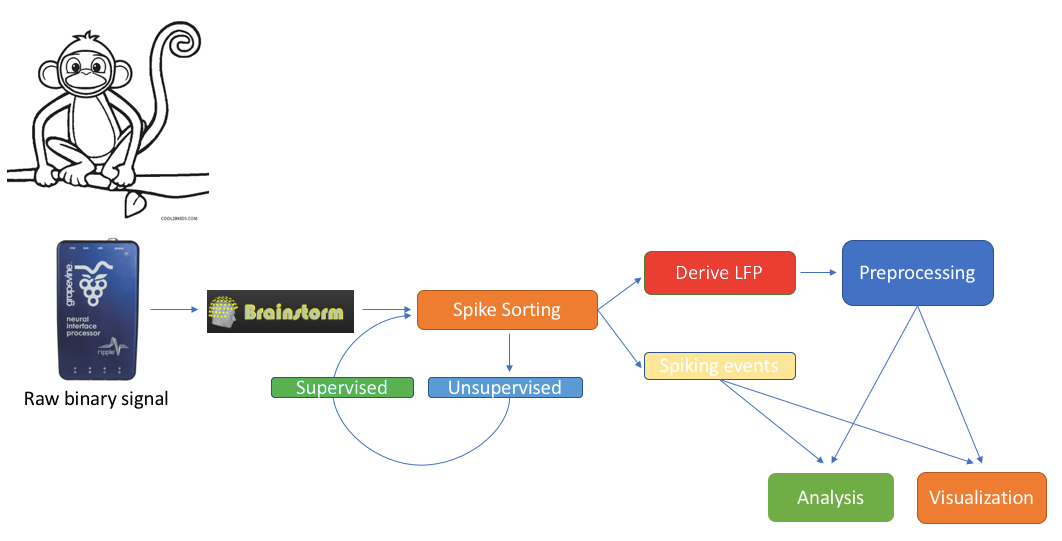 Invasive e-phys recordings aim in capturing the spiking activities of individual or small group of neurons. Since every spiking event is a very transient phenomenon (most spikes last around 1ms), the sampling rate of the recording system needs to be very high. Nowadays, acquisition systems can accommodate recordings from hundreds of channels from multiple multi-electrode arrays from different areas of the animal’s brain. A 10-minute recording that was used at the time of this tutorial from 224 channels (2 x 96 channel Utah arrays in PFC and TEO and one 32 channel depth electrode in the hippocampus) resulted to 10 min*60 sec*30,000 samples*224 channels* 2 bytes precision /1024 kb/1024 MB/1024 GB = ~7.5 GB. Since most recordings usually last much longer, there is a need for efficient data management and utilization of maximum processing power.

Users that have Matlab’s parallel processing toolbox, will greatly benefit from the utilization of its properties. Most functions of the electrophysiology toolbox have a checkbox where users can enable parallelization of the processes.

This tutorial uses a dataset collected from Dr. Christopher Pack’s lab (www.packlab.mcgill.ca), from a macaque monkey with a penetration chamber implanted in areas MT and MST. The recording probe consisted of 32 channels and 1 reference electrode. Users can download this tutorial data that will contain a converted Plexon acquisition system raw file (ytu288c-01_converted.bst), and an anatomy folder (Floyd MRI) that can all be imported to Brainstorm. The task for the animal was to maintain fixation on a target while a superflow stimulus was presented with different directions. The events from the stimulation system are saved along with pre-spike-sorted events. 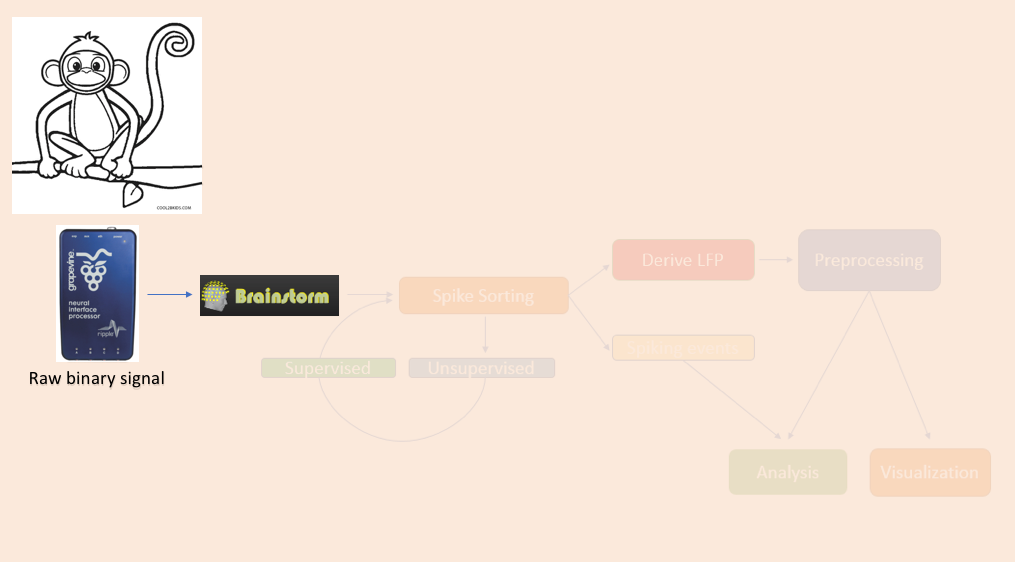 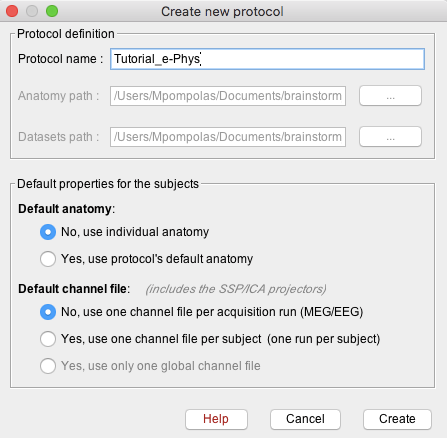