Any help would be greatly appreciated.
Paul

Imported epochs
After importing epochs to the database, you can rename the folder in which they have been imported:
db_rename_condition( oldPath, newPath )

This is documented in the Scripting tutorial:
https://neuroimage.usc.edu/brainstorm/Tutorials/Scripting#Reference:_File_manipulation

Or even simpler: when importing epochs from a script, directly set the name of the folder in which they must be imported, with the option "Folder name" (field condition in the equivalent script): 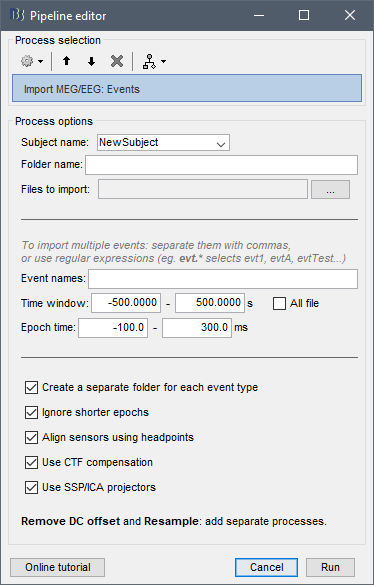