Differences between revisions 10 and 11

The BFC correction tool is a graphical user interface for manually guiding the bias field correction in the MRI images. The tool allows users to manually select points corresponding to gray matter, white matter and CSF. Then, the bias field is estimated by finding a smooth scaling function such that the selected points are at approximately median intensity of the corresponding tissue types. BFC Correction Tool uses tissue classification results from BrainSuite. 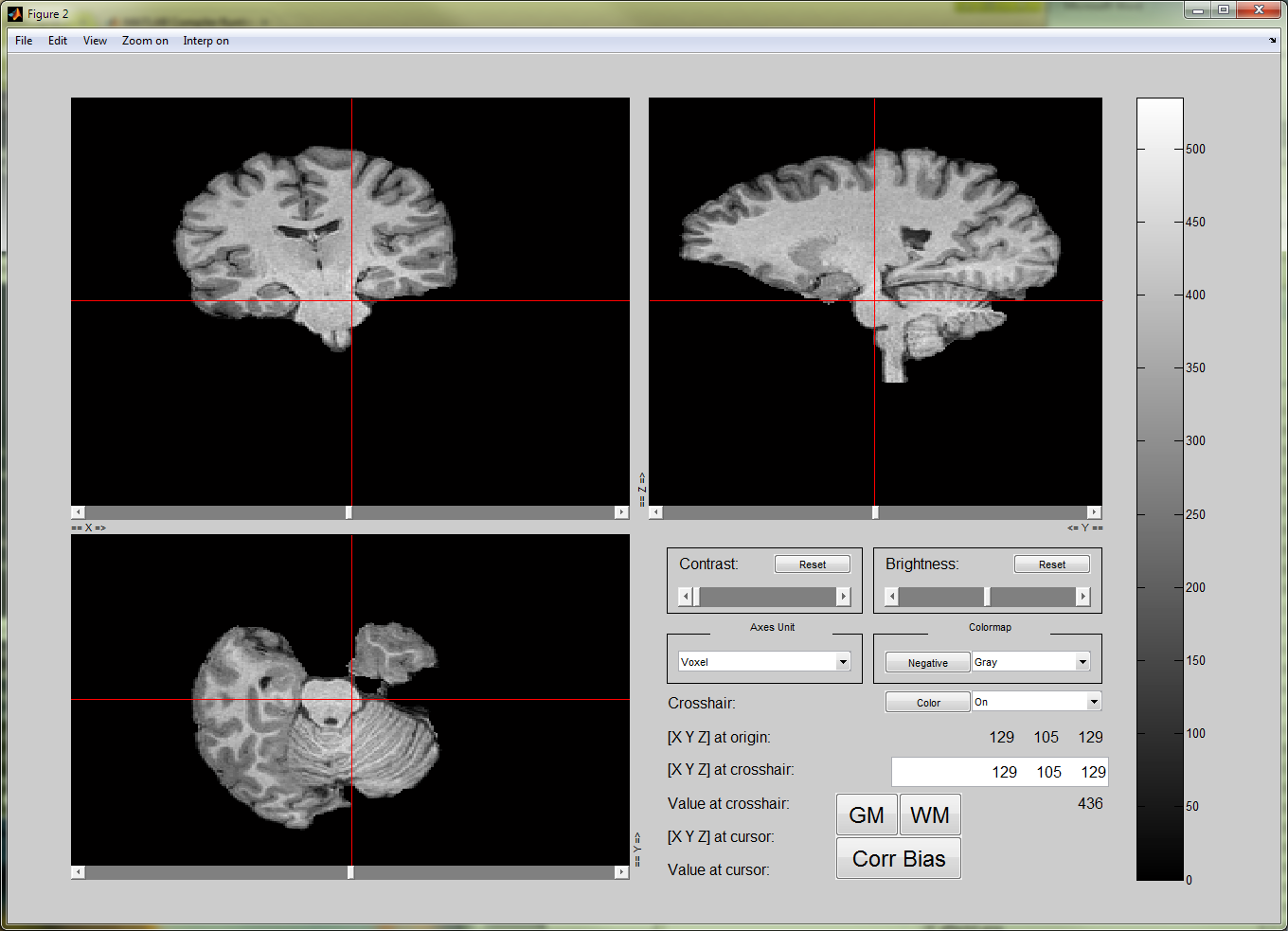 7. Close the gui. You can now open the corrected image in BrainSuite and redo the BFC to correct the small bias field issue that were left uncorrected, and proceed with rest of the BrainSuite sequence.