We have 25 dipoles saved in this file, one per time sample between 60ms and 100ms. You can use the Dipoles tab to display only the most significant dipoles, and change the way they are colored.

Click on the dipole to get detailed information about its position, amplitude and significance.

The various measures are computed in this way: 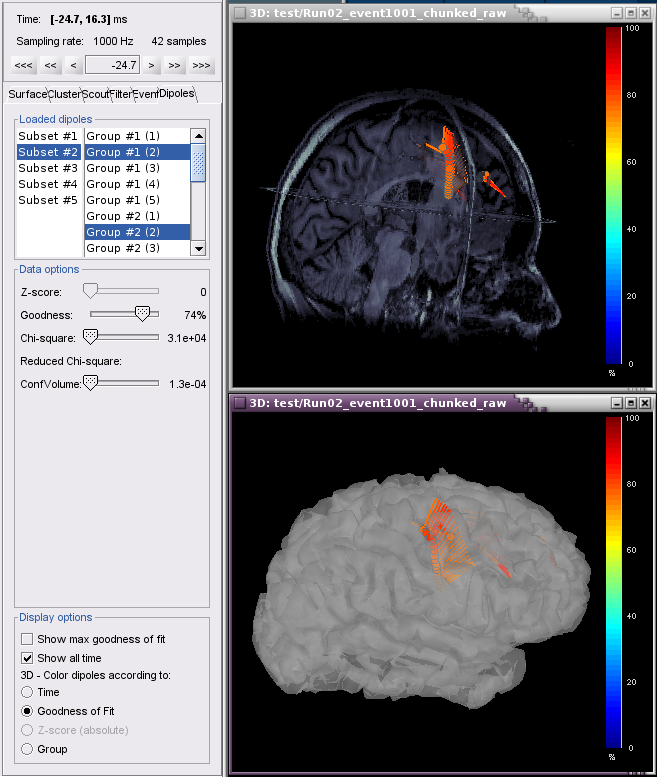 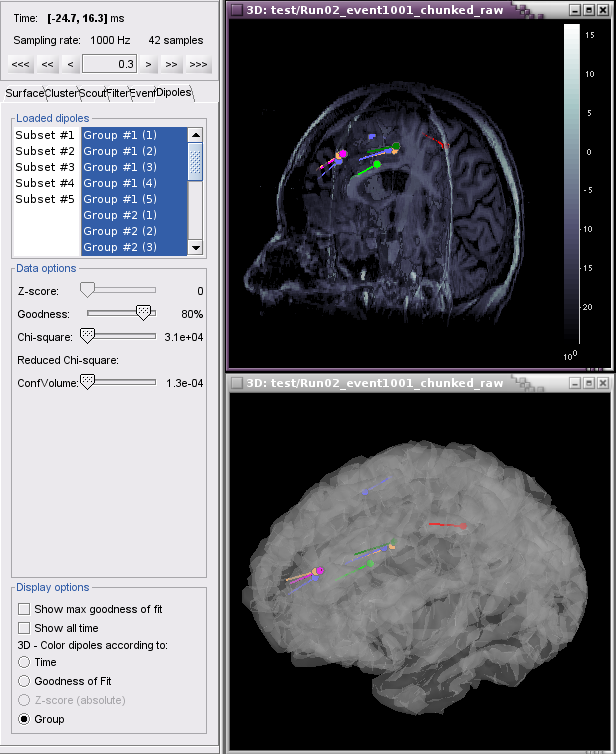